The role of the Board

Our supporters give generously and loyally to the work of Plan International around the world and have a right to know that their money is being used appropriately.

The role of Plan International Canada’s Board is to protect the interests of all stakeholders and ensure that expected standards of good governance, accountability and transparency are met. More specifically, the Board:

The CEO performance assessment process begins with the board and the CEO agreeing upon annual performance objectives and the key indicators that will measure achievement. There is a review at the six-month mark and a formal review at year end. For the formal review, the CEO provides written feedback on accomplishments to the Chair of the Board and the full board meets to review this. The Chair of the Board is responsible for delivering the final performance assessment to the CEO, with an evaluation of accomplishments in relation to the objectives set out at the beginning of the year. 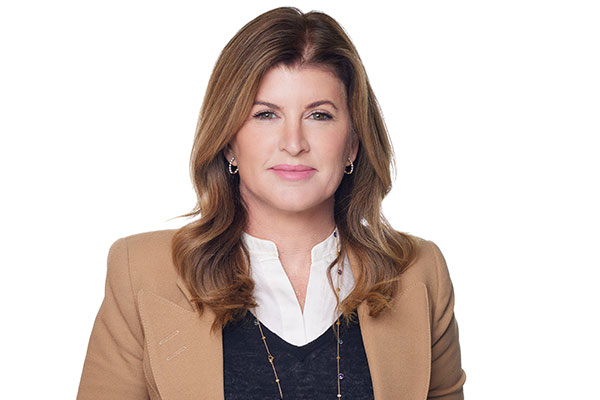 The Honourable Rona Ambrose is a national leader. She is the former Leader of Canada’s Official Opposition and an outspoken global champion for the rights of women and girls. She led Canada’s efforts to create the International Day of the Girl at the United Nations, a global movement that advocates for the rights of girls.

In addition to serving as an independent corporate director, Rona is a Global Fellow at the Wilson Centre Canada Institute in Washington DC, focusing on key Canada US bilateral trade and competitiveness issues. She also serves on the advisory board of the Canadian Global Affairs Institute and the Advisory Council on the North American Free Trade Agreement. Rona has received many meaningful awards for her advocacy and public policy over the last decade. 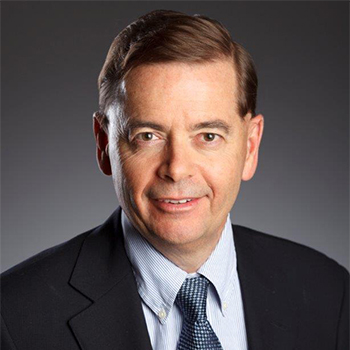 David Court is a Director (Senior Partner) in McKinsey & Company’s Dallas office. He is the Firm’s Global Director of Technology, Digitization and Communications and is currently leading the ‘Digitizing Our Firm’ initiative to reimagine major client and people processes from a digital-first mindset. He is a member of the Firm’s Board of Directors and Operating Committee. He holds a Bachelor of Commerce from Queen’s University and an MBA from Harvard Business School. 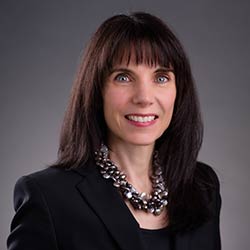 Lori Evans has over 20 years’ experience in executive and board roles in private equity, cleantech and renewables, telecommunications, healthcare, education and industrial services businesses operating across the Americas and Europe. She is responsible for corporate strategy development and execution, investment, M&A and funding opportunities, and government relations and policy strategy at Iogen Corporation, a leader in low carbon fuels using its innovation platform to create transformative net zero solutions. Lori has also served as Chief Administrative Officer at Marsulex, an international cleantech services company, where she led an enterprise-level organizational transformation. Previously, she practiced corporate, M&A and securities law with prominent Canadian law firms and leading Canadian and US operating and investment businesses across a wide range of industries, including American Medical Response and Birch Hill Equity Partners.

Lori received an MBA from the Richard Ivey School of Business at the University of Western Ontario, an LL.B from the University of Victoria and a BA (Economics) from the University of Calgary. She holds the professional ICD.D designation granted by the Institute of Corporate Directors and has a special interest in board governance best practices. She has been named one of the 25 Most Influential Lawyers by Canadian Lawyer Magazine. Lori has served on numerous not-for-profit boards, primarily focused on health and wellbeing of children.

Prior to retiring in June 2022, Helena Gottschling was RBC's Chief Human Resources Officer (CHRO) with global responsibility for Human Resources. She was part of RBC's nine member Group Executive responsible for setting the overall strategic direction of RBC – extending to over 86,000 employees in 29 countries.

Helena joined RBC in 1985, holding progressively senior roles in in Retail Banking, Human Resources and National Office, which included postings in Victoria, Vancouver, Calgary, and Toronto. She re-joined Human Resources in 2006 and held a number of executive roles before being appointed CHRO in 2017.

In her more than three decades with RBC, Helena distinguished herself as a trusted advisor, a change champion, and a devoted employee advocate – leadership qualities that helped to unlock the potential of RBCers and strengthen RBC’s brand as a top employer of choice on a global scale.

In 2021, Helena was named one of Canada’s Most Powerful Women by the Women’s Executive Network in the C-Suite Executives award category.

Helena has supported community organizations over the course of her career, serving on a number of non-profit boards. She is a long-time supporter of the Juvenile Diabetes Research Foundation and has been as a director on the Canadian JDRF Board since 2019. Helena currently chairs the HR Committee and was appointed Vice-Chair in June 2022. She is also a Director of Plan International Canada and is a member of both the Governance and Development Committees.

She is married with one son and lives in Kelowna, British Columbia, Ontario, Canada.

Ms. McMorrow retired as an Assurance Partner from Ernst & Young, a global professional services firm, where most recently she served as the Canadian leader of Ernst & Young’s (EY) Strategic Growth Markets practice and National Director, Entrepreneur of the Year Awards. She was a senior partner in EY’s Assurance practice until 2016 and held a number of senior leadership roles over her 38-year career at EY. Ms. McMorrow serves on the boards of public and private corporations including: Exco Technologies Limited, Ether Capital, Investment Management Corporation of Ontario (IMCO) as well as the following not-for-profit organizations- NEXT Canada, an entrepreneurial institute and Wellspring Cancer Support Foundation. In 2015, she was recognized by WXN as one of Canada’s Most Powerful Top 100 as a Trailblazer and Trendsetter. 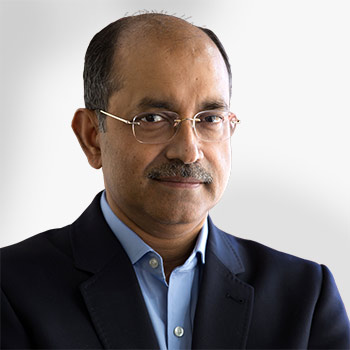 Barun Mohanty retired as the Managing Director International at the Michael & Susan Dell Foundation, where he set up and ran the two international offices in India and South Africa, and led part of the US education portfolio.

Barun’s work has been defined and driven by using the best of the corporate world’s tools and processes, with relevant top talent, to deliver scalable, sustainable and measurably improved outcomes for underprivileged children and youth. He was deeply involved in setting up consortium and outcomes-driven partnerships with Government, impact investing, outcomes-linked and incentive-driven large-scale change management in the social sector, such as through development impact bonds.

Previously, Barun was a Partner at McKinsey & Company, and worked in Canada, the Netherlands, India and Portugal. He holds a Bachelors degree in Mechanical Engineering from the Indian Institute of Technology in New Delhi, and an MBA from the University of British Columbia in Vancouver. 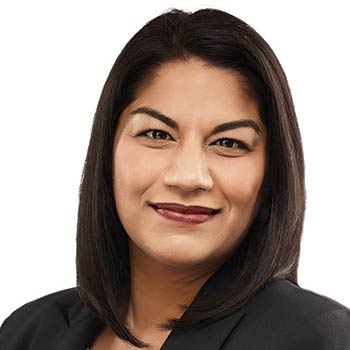 Rima Ramchandani is a passionate advocate for gender equality and has been a Plan International Canada supporter for almost 15 years. She is a Partner and co-head of Torys’ Capital Markets Practice, and a member of the firm’s Executive Committee. Rima has been recognized for her work in the capital markets by Chambers Canada, The Legal 500 Canada and Lexpert and was named one of IFLR1000’s Women Leaders in 2021.

Rima currently serves on the Ontario Securities Commission’s Securities Advisory Committee. In 2016 she was appointed to the Ontario Government’s Women in Business Steering Committee and was named one of Canada’s Leading Lawyers Under 40 in 2014.

Rima is a graduate of the University of Toronto Law School and received a Bachelor of Philosophy from McGill University. 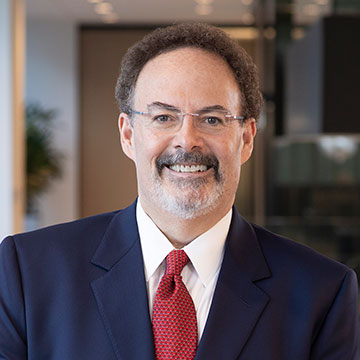 During his tenure at OMERS, Michael pioneered change and drove success across a number of initiatives including leading the evolution of OMERS Infrastructure and OMERS Private Equity from 2007 to 2018, with a focus on transforming those businesses into leading, global investment operations.

Michael has a diverse background in accounting, commercial finance, and a broad range of industry sectors. He holds an Honours degree in Business Administration from the Richard Ivey School of Business at Western University and is a Fellow of the Institute of Chartered Professional Accountants (FCPA) of Ontario.

Combining business experience with a deep commitment and passion to giving back, Michael has served on various boards of public, private, charitable and community organizations both domestically and internationally.

Paula Sahyoun became Plan International Canada's first youth board member after successfully participating in the Fora Girls on Boards program. She strongly believes in the power of capital, civic engagement, and participation to foster positive change in the world. Currently, Paula is an Associate at the impact investing platform SVX, where she leads investor and venture education programs.

Paula takes a keen interest in Canada's social innovation ecosystem. Most recently, she was a Social Innovation Fellow at the McConnell Family Foundation. A driven youth activist, she is also a World Economic Forum Global Shaper, Climate Reality Leader and United Nations SDSN Local Pathways Fellow. Paula has an academic background in Health Sciences and graduated from the University of Waterloo. 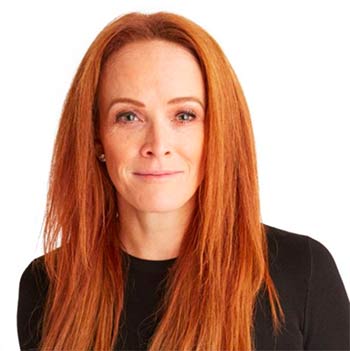 Leagh is a strong advocate for the advancement of women in leadership and was twice recognized as one of Canada’s 100 Most Powerful Women by the Women’s Executive Network. She graduated from the University of Western Ontario in London, Ontario, and lives in Toronto, where she enjoys spending time with her husband and their two energetic teenage sons. 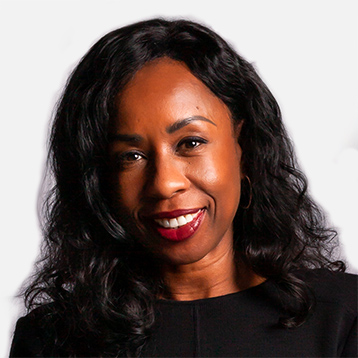 Mary-Anne has broad international managerial experience with global firms such as Philip Morris, part of the Kraft and Nabisco family of companies, where she was the first woman named to its international budget department. Her experience spans 30 years working in Switzerland, Croatia, Belgium, and the US in areas such as Trade Finance, Client Management and Corporate Finance.

In 2007 she was the first woman Vice-President hired by the medical software firm Purkinje as head of Canadian Operations. Purkinje is a pioneer in the design, development and marketing of solutions supporting clinical decision-making and healthcare information technology. Within a year Mary-Anne executed a management buy-out and the company has since quadrupled.

In 2017 the Quebec health minister appointed her to the board of directors of the McGill University Health Centre (MUHC). She is also on the board of the Research Institute of the MUHC; and is an advisory board member of the Montreal Neurological Institute and Hospital.

Mary-Anne earned her honors MBA from the Business School of Lausanne and is recognized as a hands-on manager who is focused on driving sustainable results. She is active in mentoring and promoting the advancement of women in Science, Technology, Engineering and Mathematics (STEM). 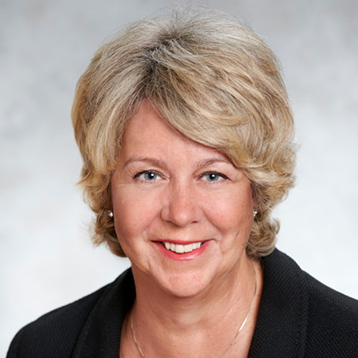 An experienced executive and corporate director, Martine Irman has over 30 years' experience in International Banking, Treasury, Securities and Trade. She also has 20 years of expertise on both Corporate and Not-for-Profit boards along with Executive Advisory Councils.

Formerly Vice Chair, TD Securities and SVP, TD Bank Group, Martine currently sits as an Independent Director on the Board of the TMX Group of Companies and First National Financial Corp. and Chair of the Board for Export Development Canada.

Martine values community involvement and is known as a strong leader and mentor for women in the investment industry. She sits on the Board of St-Michael’s Hospital Foundation and the Campaign Committee of MAP Centre For Urban Health Solutions and is the Past Chair of the YMCA of Greater Toronto and Co-Founder of United Way’s Women Gaining Ground, now Women United.

Plan International has a long-term presence in communities where we partner with children, families, community organizations and governments. Our diverse funding sources help us develop sustainable solutions to unleash human potential around the globe.